What do these rankings mean, and how did PETA determine them?

Nearly every university in the U.S. with graduate, medical, or research programs likely has animals in its laboratories. The majority of those animals—including mice, birds, and reptiles—aren’t even counted in reports submitted by the schools to the U.S. Department of Agriculture (USDA). This means that even the most minimal legally enforceable animal welfare standards don’t apply to these animals, because they aren’t deemed worthy of consideration. 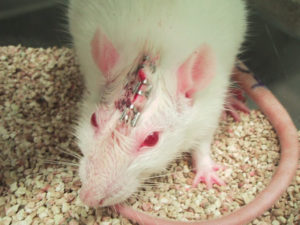 Some animals—like monkeys, dogs, cats, rabbits, and others—are covered under the federal Animal Welfare Act (AWA). This law requires that laboratories comply with some very basic “housekeeping” regulations—but does not protect animals from cruel, painful experiments. Universities that experiment on these animals, who are referred to as “regulated species,” must report the number of animals held and used, and the USDA must carry out inspections of the schools’ laboratories on an annual basis.

For each school, we assigned a point value to three categories: the number of animals from regulated species a school had in its laboratories, the amount of funding it received from the National Institutes of Health (NIH), and the number and severity of its USDA violations.

Even though 95% of the animals used in laboratories are deemed so insignificant that they don’t need to be inventoried, tracking USDA-covered species allows us to paint a picture of how intensive a university’s animal experimentation might be. By tracking its NIH funding, we can see how well-funded a school is and how much money flows into its laboratories in the form of grants. And while what we see in USDA inspection reports is just the tip of the iceberg when it comes to abuse occurring behind closed doors, by listing a school’s AWA violations, we can shed light on some of this cruelty.

What does it mean when a school has NIH funding but no regulated species?

Picture possibly thousands of animals behind that dollar amount—small animals like mice, rats, and others, who experience the same pain, fear, and suffering as those who are covered by minimal animal welfare standards. A school that receives hundreds of millions of dollars in NIH funding but has no regulated species may still torment, kill, and discard thousands of mice, rats, birds, reptiles, and fish in repetitive, cruel, and wasteful experiments. Such a facility can thus be considered worse than one that has a few hundred animals from regulated species and little or no funding. And while two schools may have the same number of regulated animals and amount of funding, one may have racked up a slew of AWA violations—all of which are found on the individual school pages—setting itself apart. 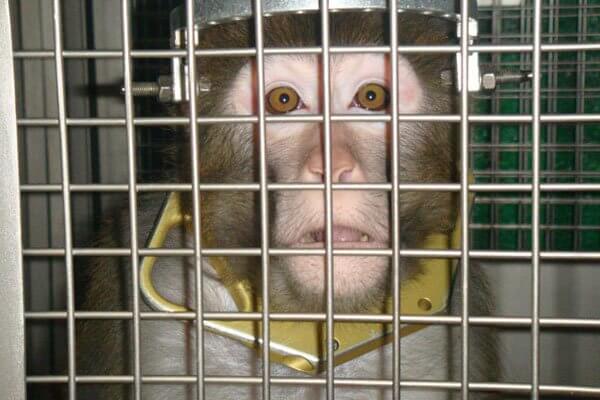 What kind of things happen to animals in college laboratories?

No experiment, no matter how painful or trivial, is prohibited—and painkillers are not required, even for animals covered by the AWA, thanks to a loophole in that law. Examples of animal experiments include immobilizing owls in restraint devices for hours; drilling holes into the skulls of cats, rats, and monkeys; breeding dogs to have painful and crippling canine muscular dystrophy; infecting crows, monkeys, and mice with deadly viruses; and burning the skin of mice and pigs. Baby monkeys and rats are torn away from their mothers at birth in devastatingly cruel psychological experiments. Mice are forced to swim in inescapable beakers of water in order to keep from drowning as well as hung upside down by the tail, and rats are deliberately electroshocked. The AWA is the only U.S. law that governs the use of animals in laboratories, and it allows animals to be burned, shocked, poisoned, isolated, starved, forcibly restrained, addicted to drugs, and inflicted with brain damage. Even when alternatives to the use of animals are available, U.S. law doesn’t require that they be used—and often, they aren’t. Because the AWA specifically excludes rats, mice, birds, and cold-blooded animals, more than 95% of the animals used in laboratories aren’t even covered by the minimal protection provided by federal laws. Because these animals aren’t protected, experimenters don’t even have to provide them with pain relief. 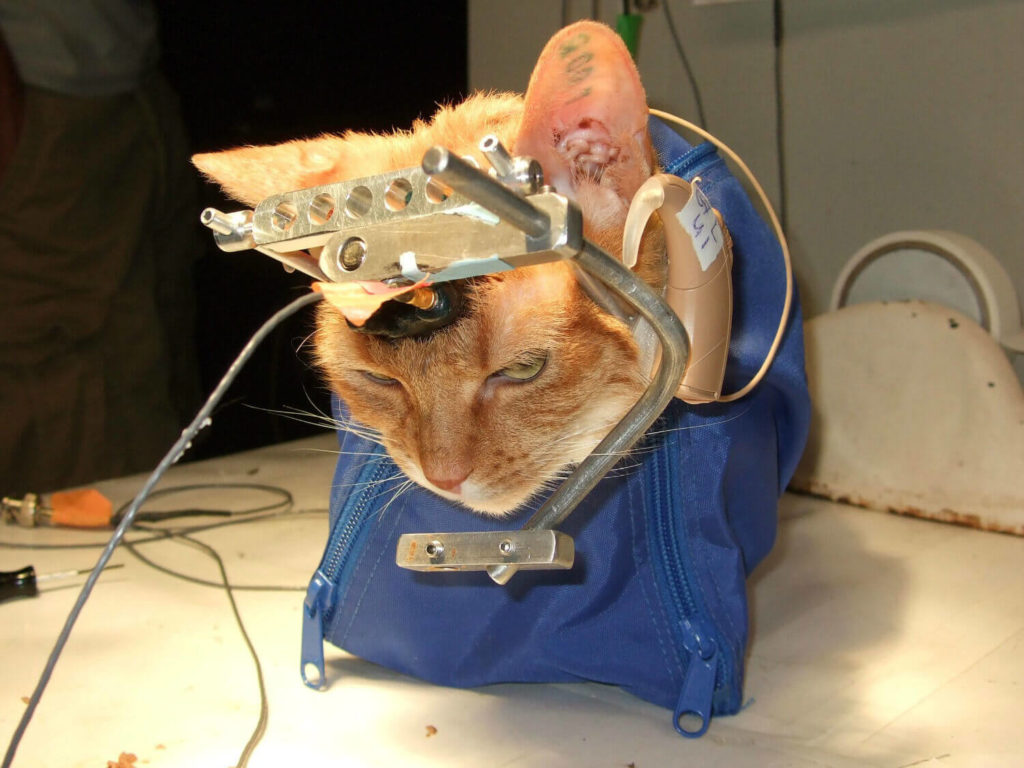 What happens to animals after an experiment?

The short answer is that for most animals used in laboratories, there isn’t an “after.” The vast majority are killed either during experiments or at their conclusion. Experimenters see little reason to keep cats who have had holes drilled in their skulls so that chemicals can be dripped onto their brain and dogs with severe muscular atrophy alive after they’re used in experiments. Therefore, few ever make it out of a laboratory alive.

Why are some animals counted while others aren’t?

Vivisectors have fought tooth and nail to make sure that laws exclude mice, rats, birds, and cold-blooded animals, claiming that it would be too expensive to count them and do the necessary paperwork to ensure minimal protections for them. The experimenters call it “regulatory burden,” but the truth is that the animals bear the real burden when they suffer. Experimenters can’t even be bothered to keep track of the animals who are most commonly used in their laboratories, and they’re not interested in being accountable to the taxpayers who fund their experiments.

Isn’t every major medical advance attributable to experiments on animals?

No, this is simply not true. An article published in the esteemed Journal of the Royal Society of Medicine evaluated this claim and concluded that it wasn’t supported by any evidence. Most experiments on animals aren’t relevant to human health and don’t contribute meaningfully to medical advances—many are undertaken simply out of curiosity, and no one even pretends that they hold promise for curing illnesses. The misconception that these experiments help humans exists because the media, experimenters, universities, and lobbying groups exaggerate the potential that they have to lead to new cures and the role that they’ve played in past medical advances.

Taking healthy animals of different species, artificially inducing conditions that they would never normally develop, keeping them in unnatural and stressful environments, and then trying to apply the results to diseases that occur naturally in humans is a dubious practice at best. Physiological reactions to drugs vary enormously from species to species (and even within a species). Penicillin kills guinea pigs. Aspirin kills cats and causes birth defects in rats, mice, guinea pigs, dogs, and monkeys. And morphine, a depressant in humans, stimulates goats, cats, and horses. Furthermore, animals in laboratories typically display behavior indicating extreme psychological distress, and experimenters acknowledge that the use of these stressed-out animals jeopardizes the validity of the data produced.

If we didn’t use animals, would we have to test new drugs on humans?

Actually, we already test new drugs on humans. No matter how many animal tests are conducted, someone will always be the first human that a drug is tested on. And because animal tests are so unreliable, they make those human trials all the more risky. NIH has noted that 95% of all drugs that are shown to be safe and effective in animal tests fail in human trials because they don’t work or are dangerous. And half of the small percentage of drugs approved for human use end up being relabeled because of side effects that weren’t identified in tests on animals.

What other options exist if we don’t test on animals?

The most significant trend in modern research is the recognition that animals rarely serve as good models for the human body. Human clinical and epidemiological studies, human tissue- and cell-based research methods, cadavers, sophisticated high-fidelity human-patient simulators, and computational models have the potential to be more reliable, more precise, less expensive, and more humane alternatives to experiments on animals. Advanced microchips that use real human cells and tissues to construct fully functioning postage stamp–size organs allow researchers to study diseases and also develop and test new drugs to treat them. Progressive scientists have used human brain cells to develop a model “microbrain,” which can be used to study tumors, as well as artificial skin and bone marrow. We can now test skin irritation using reconstructed human tissues, produce and test vaccines using human tissues, and perform pregnancy tests using blood samples instead of killing rabbits.

Experimentation using animals persists not because it’s the best science but because of archaic habits, resistance to change, and a lack of outreach and education.

What about the argument that “animals are here for humans to use, so if we have to sacrifice 1,000 or 100,000 of them in the hope of benefiting one child, it’s worth it”?

If experimenting on one intellectually disabled person could benefit 1,000 children, would we do it? Of course not! Ethics dictate that the value of each life isn’t superseded by its potential value to anyone else. Additionally, money wasted on experiments on animals could instead be helping people through the use of modern, human-relevant non-animal tests.

I just found out that my university tests on animals. What can I do to stop it?

There’s a reason that animal testing occurs in windowless buildings on campus. Start a conversation among your fellow students as well as faculty and staff members at your school regarding these wasteful, archaic, and cruel experiments. We’re here to help, too! E-mail us at [email protected] to talk with a PETA staff member about taking your campaign to the next level. 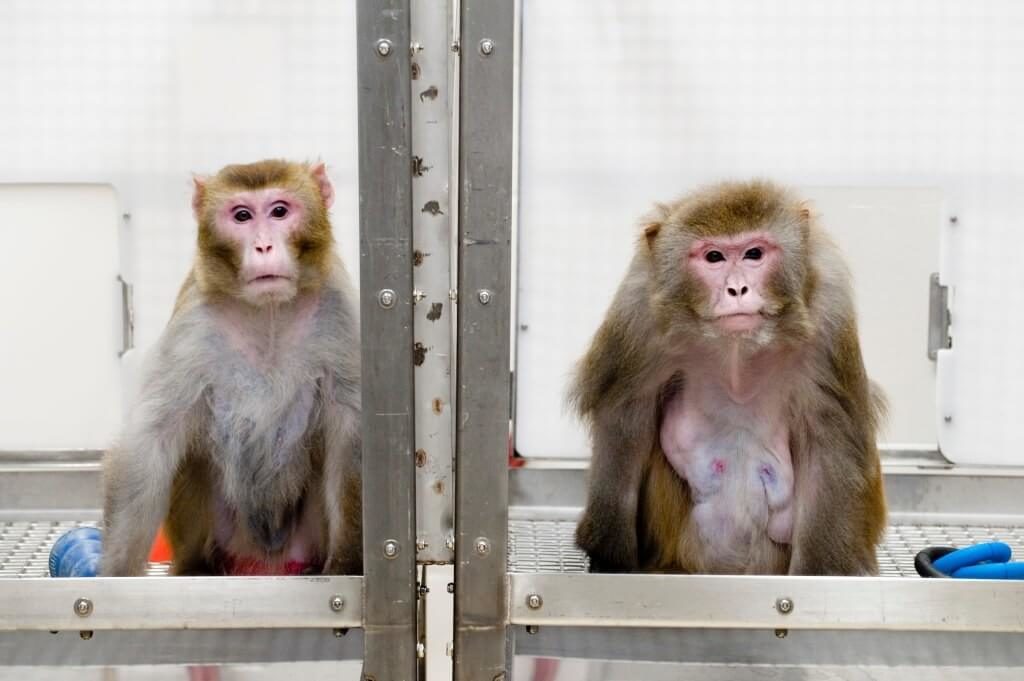 Do you want to know more about animal use in laboratories at your school, tell us about animal abuse happening on your campus, or get more active for animals trapped in your university’s laboratories? Let us know:

All fields in bold are mandatory.